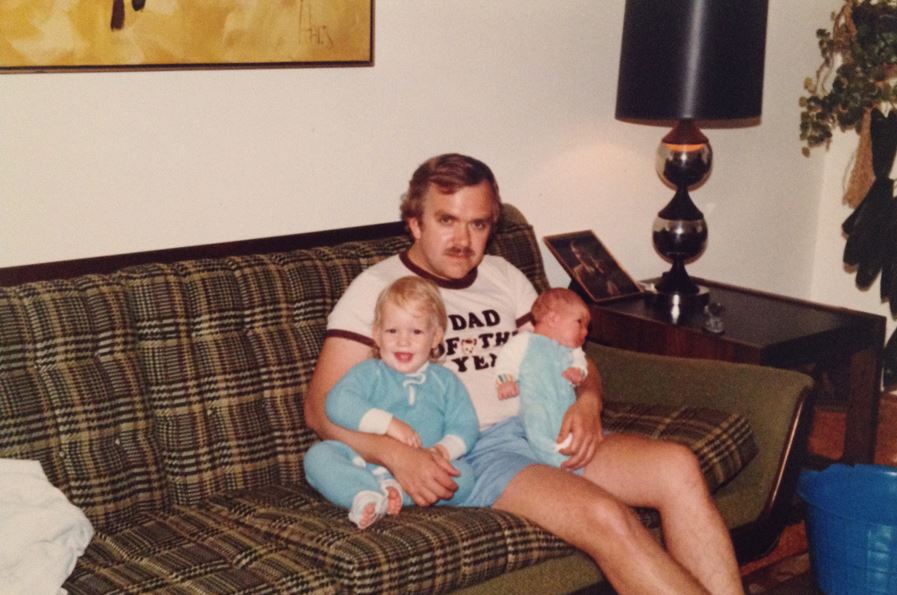 The Blog Post Science Said Wouldn’t Exist….. and a bit of where I’ve been for the last year.

The date was December 24th, 2012. A cold Christmas Eve outside, but warm inside surrounded by family. After a great meal, we all gathered in the living room to have a few drinks, talk, and sit in front of the fireplace.

Such a great night until out of nowhere…. a coughing attack. Turning blue in the face and struggling to breathe. My Mom panicked, as she contemplated calling 911. Thirty seconds later and it was all over. Unbelievably scary. The next day my Mom pushed for a visit to the hospital and a chest x-ray. The x-ray showed some pneumonia and antibiotics were given to clear it up. Great, right? That was until a few days later and the telephone rang. It was a doctor from the hospital and he said: “Mr. Perry, after sending your x-ray to our Radiologist, we think we see a spot on your lungs and would like you to come in for a more extensive exam”. Words you never want to hear in your life, were just said over the phone.

A trip to the hospital, a MRI, and an appointment with the Doctor to get the results were all scheduled. Shorty after, we got the gut wrenching news that yes, in fact…… my Dad was diagnosed with Lung Cancer.

We’ve all experienced that feeling where our stomach drops and you feel like you want to vomit but try having that feeling consistently for days and weeks. I can tell you exactly how that feels. Wouldn’t wish that on anyone. My Dad was then scheduled to go in for more MRIs, CT scans, body scans and biopsies to see how severe the cancer was. As if news wasn’t already bad enough, we then got word that the cancer had spread to his brain and it was now classified as Stage 4. After the incredible shock was over, we had to figure out a battle plan and find out what his chances were. He would start radiation on his brain and after 10 treatments, his team would then decide on what to do about his lung.

It was on March 5th 2013, with our family present in the room, that Doctors gave us the dreadful news that my Dad would have 9 months to 1 year left to live. I can still remember every second of that day. Thoughts of my Dad when I was a kid instantly poured into my head. Memory upon memory. I have been in a lot of tough situations in my life, but nothing has been harder than hearing those words. As hard as it was for me, I can’t imagine what my Dad was feeling. I’ve been hurt a fair bit in my life, but nothing will ever hit as hard as seeing the ones you love hurting. I wanted to trade places with him.

So the journey begins…….

This post is dedicated to not only those who are battling cancer, but to everyone who is currently battling some sort of disease or obstacle in your life.

Over the last year, my Dad has gone through brain radiation treatment, pill form of chemotherapy for five months, two separate weeks in the hospital with diverticulitis, licence taken away, pre-melanoma surgery, blood test after blood test, medications and supplements three times a day, numerous MRIs and CT scans and currently traditional form of chemotherapy. How??? I keep asking myself how?? How does one do all this and keep going? It wasn’t until a few months ago when the answer really hit me. As much as he’s doing it for himself, he’s really doing it for us and that right there is my Dad in a nutshell. He has always been the most unselfish person I know. No matter what I needed, or when I needed it, he has always been there for me. He has always put his family first, and is fighting as hard as he can to keep going.

I titled this ‘The Blog Post Science Said Wouldn’t Exist’ because as we were told, it wasn’t supposed to. My Dad was told he wouldn’t live to see a March 6th 2014. I gave my Dad the biggest hug this morning. I’m so proud of him and tears of joy roll down my face as this day has been etched in my mind for the last year. He did it! He’s here! Words can’t even begin to explain how proud I am that he said a giant F-YOU to the doctors and proved them wrong. (No disrespect to those doctors though. We wouldn’t be here without them.)

Here is a guy that set out to achieve a goal, and nothing was going to stop him. Our family has become quite educated with this disease over the last year and one thing we learned was the importance of exercise. Most of us are too lazy to get off the couch to do the simplest of exercising and there’s my Dad, who has stage 4 lung cancer, doing 40 minutes on the treadmill every morning because he knows how important it is. When someone asks you, how bad do you want it? That answers the question for him right there.

He has had to change his diet, change his sleeping patterns, pretty much change everything all at the same time. I can’t imagine how hard that would be. But he knows that to prove science wrong, it’s the things he must do and it’s not even a question for him.

The last year has been extremely tough on our family but we have stuck together and I might say even got closer. I haven’t worked much since this all started as I’ve focused my time on spending it with my Dad and taking care of whatever he needs done and working when I can. Money has kinda become valueless to me lately. That doesn’t mean I don’t love what I do, I’ve just realized there’s more important things in life. I was asked once how I manage to put my work aside so easily and spend so much time with my Dad. That’s easy. I didn’t ask to come into this world but am beyond grateful that my Dad is 50% of the reason why I exist today. My Dad didn’t have to raise me, he didn’t have to take me to hockey practice, he didn’t have to teach me how to tie my shoes, he didn’t have to be there by my side for one of the toughest times of my life… but he did. Without any hesitation. In fact he’s been making me breakfast every Sunday morning since I was a kid….. and still does today. The best french toast you’ll ever taste. So for me to take time out of my life to take care of him, is a no brainer. Money comes and goes, but it’s the memories we make that will be with me forever.

When I do find time to work, and have to make road trips, my Dad comes along with me. He gets to see what I do and we make a day out of it. It sucks that it took cancer to do this, but from all this time I’ve spent with my Dad, I’m beginning to see where I get my determination from and he has become my best friend. I’ve become so close to him and it almost makes things easier when I spend my days/nights with him. My Dad’s journey has brought a lot of great people into our lives. Doctors/Specialists who have helped us through this, friends who have offered support, other patients who have shared their story with my Dad, and a special individual who I only know from a photo who has helped me when needed. My family can’t thank them all enough.

Some might say that I shouldn’t be putting this blog on my photography portfolio site as it’s not work related….. but I say that this is way more important than any photo I’ll ever take, any job I’ll ever get, and any amount of money you can offer me. I wouldn’t even want to meet or do work for the people who say that I shouldn’t put it on here.

My Dad has been on quite a journey over the last year. So many ups and downs but he has never once complained about his situation. I have NO idea how, but he has maintained a positive attitude throughout this whole thing and I truly believe that’s one of the reasons why he is still here today. I am so proud of my Dad and he has shown me such a desire to succeed. When he wants something badly enough, he goes and gets it. No matter what.

In my opinion, there’s three things a father should do to make him an outstanding Dad: Raise, Protect, and Inspire. I can say that my Dad has done all three for me and moulded me into the person I am today. I am extremely grateful.

So I ask you this question… What is your March 6th 2014? I hope you can use this as an example that all things are possible. Never give up hope. Sometimes hope is all you have and sometimes hope can do amazing things when you truly believe.

If my Dad lives one more day, one more month, or even ten more years…… he’s already did it. He’s showed me the power of determination and the hard work it takes to achieve your goals. He never took no for an answer and set out to prove everyone wrong. As Walter Bagehot once said: “The greatest pleasure in life is doing what people say you cannot do.” I hope this post could provide some hope for those fighting what seems to be an uphill battle. My Dad proved science wrong… so can you.

I love you Dad and thank you for not giving up. 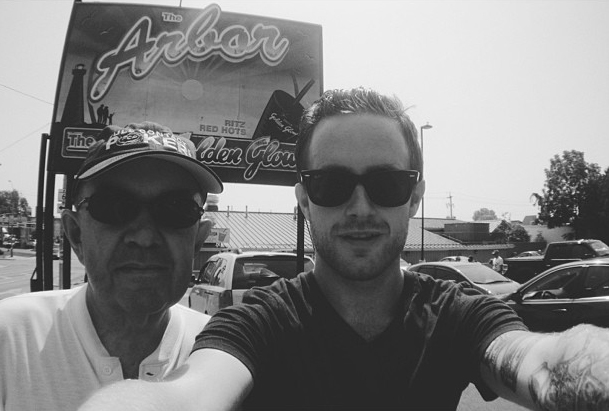 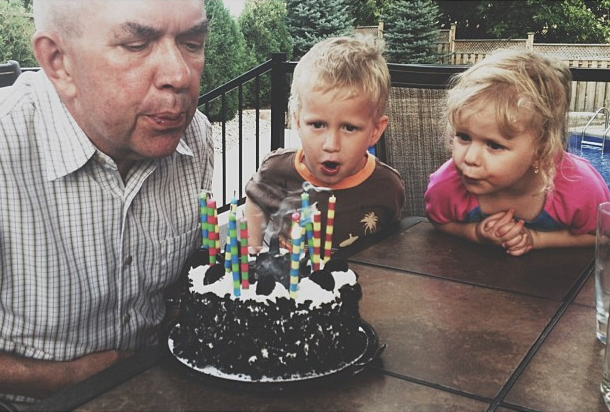